Our little kitten finally got a taste of legitimate freedom.  "Legitimate" as this was the first time he was out with permission.  He's been out before, mind you.  Once he popped a screen out.  Once he slipped out when I was talking to Dave at the door.  He's a serious little toot, that little furry fella.  The cat, not Dave.

So the other day we took him out on the deck in the back yard.  I had a newly opened can of tuna to tempt him back if needed.  He took some slow, tentative steps and then leaped off the deck.  And he landed in the most freakish stuff that ever existed...wet grass!!!!  Ew!  Ick!  He shook it off, literally, and decided that he was all in for this adventure he was on.  He walked around behind the shed.  He ran up a tree.  He ran along the fence...and up another tree.  And then he found a small opening in the fence and before we knew it, he was in the next back yard.  Dave took off to go get him.  The kitten tore around, back and forth, under a trailer, under a bush, around a shed, and then he freaked out.  A monster was coming!  He ran back to the fence, looked at me with terror in his sweet little green eyes, ran back and forth, and totally managed to not get the fact that one, he could easily scale that fence in a hot second if he knew it were possible, and two, my entire arm was reaching through the opening that lead back to his safety zone.

The monster Dave got him and poked him through the opening.

And the adventure was over.  And that little kitty took a big ol' cat nap. 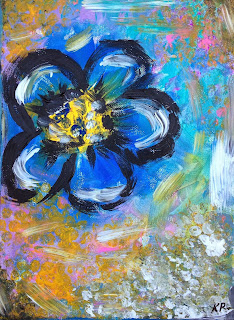