Watching my little guy perform tonight in his middle school band in preparation for an upcoming UIL competition.  I'm washed with relief as I watch him up there happily playing his little heart out.  It's not relief due to any performance anxiety or anything like that.  It much deeper than that, and really has nothing at all to do with him.  It's deep seeded funk on my end, about 31 year old funk.  When I was in 7th grade I was in band, too.  I even played the same instrument that he does...the exact one, in fact.  I've held on to that sucker all these years!  Anyway, at my kiddo's age I was mercilessly bullied by certain kids in the band.  My only crime was having mad skills on my horn (I was pretty darn fantastic, for real, I was).  Well, that and being a total pimply little dork.  I also had the bad luck of having a band director who was in her first year of teaching and chose not to advocate for me though the knew of the bullying I was on the receiving end of.

I have to admit that over the years I've worried about my own kiddos getting through their childhoods as unscathed by bullying as possible.  And, I'm happy to say that to date, they are unscathed.  I've also thought of my own bullies over the years, wondered what their lives are like, if they have children of their own, if perhaps they've ever given that quiet little 7th grade girl a second thought of regret.  I can't really say I hope so...what I do hope is that their own children have been unscathed by bullying.  This is my wish for their little ones.  I hope it comes true. 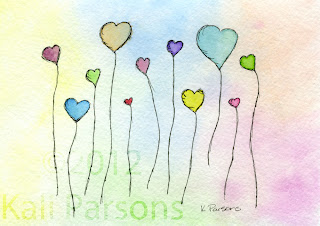