OK, so tell me this.  When somebody does something to you and you come up with a really clever way to get them back that's the end, right?  I wish I could say that were true at my house, but no way, not 'round these parts.  For some reason the impulse to get someone back for the getting back is so overpowering that the evenness is soon unevened.  So, as Dave and I are often the most childish ones in the house, it was us doing this routine.  Luckily it's all playful and fun when it's us, not loud and potentially bruise causing as when it's the boys.  I can't even remember the specifics, but it was something along the lines of me doing something annoying/offensive (I've got this new lizard-looking lick with awesome sound effects I do all the time that is driving him bugger), him saying some insult in a redneckish way (he's apt to do this as he slips into that sort of talk quite easily), me playfully poking fun of him, him saying/doing something to get back at me as I'm protesting that it's not fair to get back for the get back.

He paused, assumed his best handsome scholarly look...which is pretty freakin' hot, "You don't git for the got?"

Um, yeah...can you see why I made fun of him in the first place? 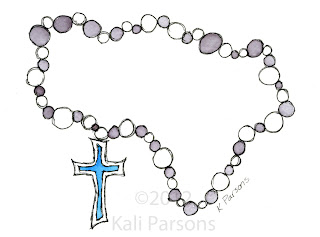