I received an email over the weekend from the principal of my little guy's school.  He was asking that parents refrain from sending large Valentine's Day goodies to their kids while they're at school, as any items too big will have to stay in the office till the end of the day.  Big things like a bunch of balloons, big stuffed animals, large bouquets of flowers.  WHO DOES THAT?!?!  I have never even come close to giving my kiddo something along those lines, and most definitely not DURING the school day.  I mean, really, my kids did well to get a heart I quickly cut out and threw a little glitter on.  Gosh....  Anyway, like Dave said to me, "I bet that Principal has to deal with all kinds of weird things."  Oy.

So, yes, Valentine's Day is upon us and I have nothing, NOTHING, for my kids or my husband.  And, I have no plans to change that.  Thankfully our entire family is on the same page.  Not that my kids would turn down some heart-shaped chocolates, but it would never occur to them to expect anything...and I know they totally do not want anything mom-made and blinged out with glitter.  As for Dave?  Well, every year one of us invariably says, "I'm not getting you anything, so don't get me anything either, deal?"  It was me this year.  Pretty sure he responded with something along the lines of, "And if one of us accidentally gets something for the other, like maybe one flower, it'll count as both of us giving each other something."  Deal!  I likes the way we thinks! 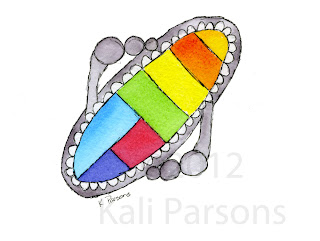