It's all in a Name

Turns out naming a dog is no simple task. Today felt like a mini version of when we named our kids. Except now there are four decision makers that must come to consensus, rather than two. One thing that's easier is that we didn't spend time worrying about what her initials would spell...you know, so she wouldn't be mercilessly teased in middle school for having her initials spell some weird word or something. We didn't worry about a middle name at all! We went through many, many options and there were so many reasons to NOT use a name. "I had a boyfriend/girlfriend who had that name...no way!" "I knew someone named that and I didn't like them at all." "That's not a girl name." And the gut response that it just didn't fit her, of course.

Well, Dave and I are partial to older names. You know, Madge, Franny, and such. Little guy was home so he helped by having VETO power. After MUCH discussion, internet research and, as a bonus, determining what names meant, we decided on "Hazel". It means "commander" by the way.  We didn't have big guy's approval yet, but we went ahead and started test driving the name. "Come here, Hazel." "Let's go out and pee, Hazel." "Who's the cutest puppy ever...that's right, you are, Hazel!!"

When I picked up big guy at drivers ed I told him we had come up with a name. I was prepared for the onslaught of "That's a stupid name." "Who names a dog THAT?" What I got was, "That's a good name for her." 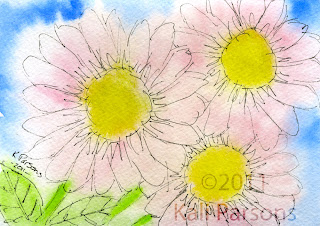