It's not Rocket Science (OK, actually it is)

Spent the morning in Hutto, TX today launching rockets. I tell ya, if you want your kids to grow a love of science, this is the way to go. I mean, what's not to love? It's permission to "play" with explosives. It's loud. Sometimes things accidentally blow up (a little sad, yet totally awesome). They go really high. The parachutes are super cool. You get to learn lots of multisyllabic words like apogee, waypoint, etc. It's a cutie-pie dork fest. This mom is in heaven! Oops, forgot I was talking about the benefits for kids.

My dad launched a large Marge of a rocket today. It was an amazing launch and little guy and I had the pleasure of retrieving it once it landed. It was a bit rough as the main parachute didn't deploy. One of the fins snapped off, but, other than that, it was in fine form.

My little guy launched two rockets. One had a camera and a GPS as payload. It was a beautiful launch, too. Here's the video from the camera. Beware, you'll get dizzy! It's upside-down on the ascent, then right-side up on the descent (Notice those two fabulous scientific words I just used in a sentence?).

His second launch was also pure perfection...it kept going up and up and up and then the chute deployed. Turns out he had put a way too big parachute on his rocket. The wind caught it and off it went...and went...and went...and disappeared from sight. This rocket did not have a GPS as its payload. Rats! We had some good data though for the waypoint (Yup, using those big words again! Check me out!!). Good-ish data, anyway. We knew the line upon which it landed, but we didn't have any data for the distance. "Approximately" one-and-a-half miles-ish. So, we loaded up the car and made the trek...some serious "over the river and through the woods" action. With binoculars, an electronic gismo in hand, and a slight fear in our hearts that we'd get shot for trespassing, we searched up to the point where the woods started (I know, "gismo" is not a scientific term). That's where we abandoned our search as chiggers and ticks have a particular love for my blood and I'm no fan of them.

It's all OK, now we get to make another rocket! Yay for science!!!

Let me know if you ever want to go to a launch!! 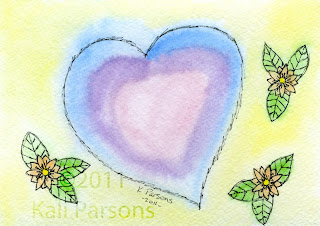