My kid played in the band AND played on the football team last semester, so I had a lot of opportunities to go to football games.  Being me, I sorta paid attention to the band when they played, I barely paid attention to the football game, but I did a heck of a lotta people watching.  Something happened to me last week that reminded me of that people watching.

So, a few months ago Dave and I were at a football game.  There was a group of super cute, giggling girls hanging out near us.  They all had cell phones in their back pockets.  All of them.  And, their pants were unbelievably tight.  Not judging, just telling the story of what I saw.  I get it.  I wore the same super tight pants at their age...and mine had accent holes/tears.  The thing is, I was in awe of those phones' ability to stay in the pockets.  I thought sure they'd shatter at the least and, perhaps, even shoot up out of their pockets at high speed.  Well, their phones all survived just fine, at least for the hour I was around them.

My phone did not have the same luck last week.  Were my pants super tight?  No.  Did I move in some way that caused my phone to shoot up, up, up and away?  No, I wish.  Ya know what I did do?  I went up to the top of the school playscape, got in line with my students, and took my turn and sat at the top of the slide.  About half way down...CRACK...something went terribly wrong.  I was scared to look but got my courage up to feel around the perimeter of the phone through the denim.  It was piggly wiggly.  Really, I was quite surprised as I do manage to provide ample padding in that area...yeesh, better than bubble wrap.  Too bad it was only on one side.  So, it turned out that my phone was actually just fine, but my lovely little phone cover was damaged.

It's all good now.  I'm thankful for Dave and his superglue skills.  Also thankful that he didn't give me a hard time about it and has cracked no butt padding jokes about the whole thing...although now I suspect they may be forthcoming. 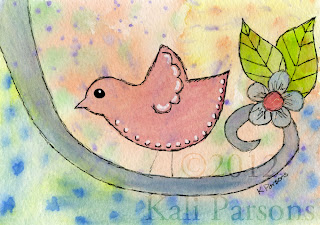