My kids constantly get on my case for "talking to anyone".  Generally, whenever I go out, with them or alone, I'm either decidedly open to conversational encounters with strangers or I'm decidedly not.  Started out a trip to HEB in the "decidedly not" way this morning.  I had meandered through the produce section, the cheese section, up the snack aisle, when I realized how much energy I was putting into NOT making eye contact with people.  It actually takes effort for me as my M.O. is to briefly gaze into anyone's eyes who happen to catch mine.  I sort of thought I might get an eye cramp if I kept it up, so I altered my mindset to "decidedly open".  And what happened right away?  A lady came right up to me and asked me where the Gatorade was.  Yeah, I had no idea as they keep messing with the floor plan of my HEB, and I don't drink the stuff, so I made a guess (incorrect), and someone else stopped by and made a stab at it (incorrect as well), and then an actual HEB employee interjected into our conversation the correct place.  The first lady took off in the direction of the Gatorade.  The second lady and I had a conversation about where things were that we did know for sure.  She knew where the beer was, I knew where the gluten free section was (I'm doing a little dietary experiment right now).  Anyway, it was a lovely bit of brief human contact I got to make with a pretty fun and hip chick, the second lady.  All because I raised my eyes and locked in on that first lady.

I remember when my kids were little I was all about the "stranger danger" thing.  And, golly, explaining what a "stranger" is and why there was "danger" related to that "stranger-ness" was so darn complicated.

1. If you've never met them before, they're a stranger.

2. If you've met them, but just barely, they could still be a danger.

3. Oh, and if you've known them for years, they could be the worst danger yet.

4. I give up, let's just talk about good and bad touches/feelings and blow off this whole "stranger danger" thing!


And, icing on my love of strangers cake, today as I waited in a public bathroom to wash my hands, I made eye contact with a woman in the mirror.  We smiled at each other and when she turned around she told me I had amazing hair.  Now, see?  Strangers rock! 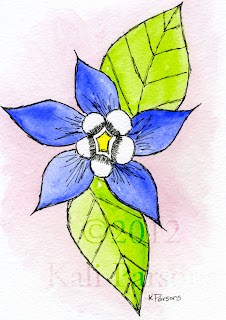