Headed out to a school event tonight and came upon the most adorable guy in a jeep waiting to enter traffic.  I wave him in and he and he gives me the biggest smile and the "thumbs up" sign rather than the traditional wave.  Love that!  As he moves through traffic he points to the left so a truck knows he wants to change lanes.  The truck drive slows and lets him move over.  Again, the awesome big smile and the "thumbs up" sign.

We keep going just a bit until we're sitting at the light on South Lamar near Ben White, and there's a fella with a cardboard sign with a big heart on it.  He's making that heart sign with his hands that is all the rage these days and he's all smiles.  And, pretty darn good looking, I must say.  He gives up on the first car as his show is clearly doing nothing for them and moves toward us.  He abruptly turns around and grabs a sign pole that's on the median leans out and starts going around and around the pole, hanging way out into the street.

He stops and starts approaching us again.  He points directly at my little guy, backs up, and rubs his hind quarters up and down, up and down on the pole.

He then wrapped his leg around the pole and starts spinning again.  Not exactly mad skills, but better than I can do (I know, I've tried!).  He approaches my car just as the light turns green and we move on.  Sorry dude, no five spot in your waistband today, but thanks for the great show!  I gave him the "thumbs up" sign and flashed him my biggest smile. 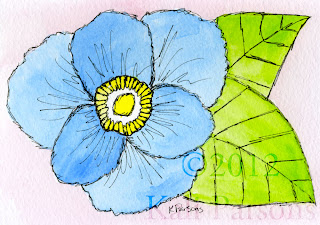