Stick out your tongue and say, "Aaaaarrgh!"

Yes he did come into the room wearing a white eye patch with white tape all over it...and yes he did have a black pirate's patch drawn on top of it with a Sharpie...and yes he did have eye patch strings drawn on his forehead and his temple, also with a Sharpie.  Seriously, he looked just like someone who had the bad luck of passing out at a frat party and woke up all Sharpied up, none the wiser.  Who am I talking about?  I'll tell ya.  This buccaneer is my G.P.  We've been happily seeing him and his amazing P.A. for at least ten years now.  And, yeah, we pretty much love them both.

I went in today because of the crud I've had for over a week now (yes, I know I've been quite the whiner).  Well, turns out I have a sinus infection, have rosacea ("pretty common with middle age women"...guess I've hit that milestone head on), and I'm "super fit" and "super attractive" (he said this after I asked about the 10+ pound weight loss I've had in the past five months as it worried me just a bit).  That last diagnosis?  You know, the fit/attractive one.  That's the one I'm sticking with.  Never mind the three prescriptions and one over-the-counter med I had to go to Walgreen's for.

I texted Dave to brag about my "diagnosis"...and, gosh, did he go on and on about how lucky he clearly is to be with someone so "fit" and "attractive"?  Um, no he did not.  He had to tell me what the Doc told him when he was having an exam in his southern region.


Course then Dave had to admit that the Doc surely has a good eye for such things as tools, fitness, and attractiveness, right?

Yup, you think we'll ever switch to another Doc?  No way, man...no way!  His skills are clearly above par, without a doubt. 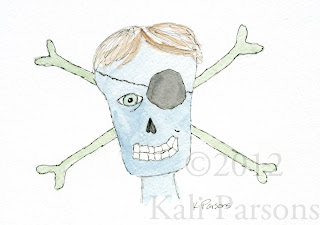