I saw some kiddos holding projects the other day as they were walking into the school.  Made me think of all the projects our family (yes, "family," no, my kiddos never did them all by themselves) created over the years.  My big guy was quite sedate in his choices.  "How far will a ball go when hit by different types of bats?"  "Will a skateboard go faster down an incline if the incline has dish soap on it?"  Awesome stuff like that.  My little guy, well, from the time when he was little his were all about being human.  And, what can I say, humans poop and fart...a lot.

In kindergarten he wrote an illustrated a book about every member of his family pooping and farting.  His teacher was the coolest lady on this planet of ours and she loved and appreciated his efforts (he would've said "ef-farts", no doubt).  OK, I lied, this one he did do all by himself.  And we still have it.

In second grade he made a diarama about a book he had read.  I don't remember the book, but some character (perhaps a dog?) pooped in the book.  Sooooooo...he and I created a very large amount of the nastiest, brownest play dough you ever did see.  We created quite a scene (all I remember is the poo part) and decided it should be called a "diarrhea-rama".  Yes, we Parsons are quite clever, indeed.  Do we still have this lovely project?  Well, we did for a very long time...until it took on a smell...and it started to grow mold...and it began oozing through the bottom of the shoebox it was contained in.  It had to go.

In third grade (I think), he had to do a poster about a planet or a god or something.  Anyway, he chose Uranus.  Need I say more about that one?  This lovely thing is still hanging on his wall.

In fourth grade he did a science fair project about beans and farts.  He created a poster in a big cloud shape, like a cartoon speaking bubble...only it was a fart bubble.  I helped by typing up all the data and finding various beans for him to glue all over the poster.  He didn't win a prize.  I have no idea what became of this one.  I do have a photo of it somewhere...thank goodness!  Whew!

Now, that's just the school stuff.  Someday, if you're really, really lucky, I'll tell you about what he keeps on his bulletin board.  He's a, um, er, uh...collector of sorts. 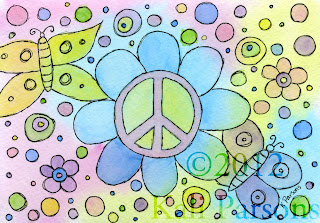