The Skyrocketing Price of Tomatoes These Days

For some reason certain foods are particularly hard on my children's pallets.  Corn was the first acceptable vegetable.  Then came broccoli.  After that spinach leaves...raw, and only one per meal, thank you very much.  Tomatoes, though, for some reason are the recipient of the "Access Denied" designation (yes, I know they're a "fruit", but really, people, who actually thinks of them that way?!?!).  It's a funny thing to me who happened to love cherry tomatoes as a kiddo.  It's also odd that they LOVE so many tomato-based foods...spaghetti sauce, salsa, pizza sauce, and, of course, the ever present food lube, kechup.

Well, this afternoon Dave held up a home grown tomato to our little guy.  It was bigger than a cherry tomato, but smaller than a Roma variety.


He took it, put it to his mouth, gingerly bit into it and started chewing.  He opened his mouth again and took a bigger bite (one that surely included those delightfully slimy seeds) and ran to the sink.  Just before he spit it out another offer was made.


Little guy:  "Patooey!" It splattered in the sink.  "I just can't do it."  He walked over to the trash can and threw it in and headed in the direction of the bathroom, most likely to use some Scope to erase his offended taste buds' memory. 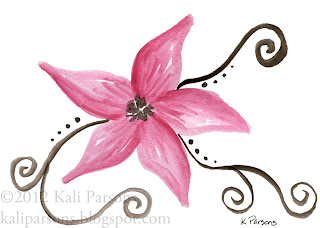