Sibling rivalry reared its ugly head today.  And I was with only one of my children.

I was in a dressing room at a store trying on some skinny jeans.  These weren't the run of the mill skinny jeans, these were the skinny jeans.  I pulled them off the hanger feeling quite self-assured and optimistic.  I pulled the left leg on, then the right.  Only the right just barely made it over my heel.  Now I don't have an abnormally enlarged right heel, for some reason that's exactly where they decided to place the big plastic security thingie.  I pulled the pants up to my waist...well, almost...and it became perfectly clear that those jeans were not meant to be worn by the likes of me.

So the process went in reverse.  All was fine until it was time for that right heel.  I was STUCK!  I got my phone out, considered calling my big guy who was actually the reason we were at the store, decided against it, and gave it one more HUGE tug. Success.

Me:  "I tried some on when we were there and I couldn't get them off.  I almost called you for help."

Big guy:  "You would've eventually figured it out."

Big guy:  "Maybe I would've helped you if you didn't always side with my brother when we're fighting."


Sibling rivalry rearing its ugly head.  I love those guys of mine! 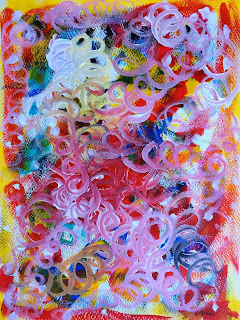