My brother and his beautiful family have been in town for a week.  I just got back from the airport...sniff, sniff...their trip had come to its end.  Between us we have four amazing (if I do say so myself) children, ages four, six, fourteen, and seventeen.  Despite their range in age, they played so beautifully with one another.  Cards, ball, trains, pretend store, pretend a ton of other things, riding scooters and trikes, swinging on swings, doing gymnastics in the grass, and just plain hanging out.

On a few occasions I happened to be at the right place at the right time to receive the gift of witnessing these cousins doing the simplest sign of affection, the most basic sweet and trusting touch...they were holding hands.

The first one I happened to see was my little guy holding hands with my niece.  We were in a parking lot and the two of them reached for each others' hand.  She for safety, he to protect.

The second one happened on the side of a pond.  I came upon my little guy and my nephew already holding hands, so I don't know its origins, but I'm sure it was grounded in the purest of love.

The third happened outside of a restaurant we had just been in.  We were all standing out front talking.  My nephew approached my big guy, took his hand, and snuggled in to rub his sweet little cheek on the soft back of my son's hand.  My big guy looked a little puzzled at first, but took that sweet little hand in his own and happily received and returned the love.


Well, I'm about to give you some sweet comic relief.  My big guy and my brother bear a tremendous resemblance.  Their faces are similar.  Their body type is pretty much the same.  And, on this particular night, they were both wearing blue jeans and nearly identical loafers.

So...back to my sweet and wonderful third example.  While we were all melting from the sweetness of my nephew's affection toward my big guy, we were also all thinking, "Wait for it...wait for it...."  And then it happened.  My nephew looked at the crowd of us standing around him, saw his dad, looked up at the person who was holding his hand, realized that it was not his dad, dropped my big guy's hand and ran to my brother.  It was truly the funniest, sweetest, most adorable thing ever.

My take-away from this third example?  My big guy absolutely loves his little cousin, and he absolutely has a great sense of humor.  And, my brother is, without a doubt, an amazing and loving father who is absolutely, positively, always available for hand-holding and cheek rubbing.

I have no doubt that my own children will someday be just as available for such things with their own children. 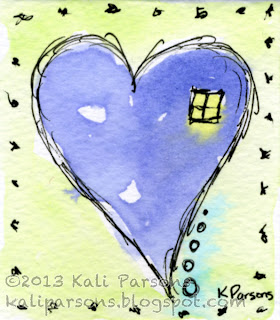