The Wonder of Buzzards

I rarely see a buzzard...but, lucky me, I've had oodles of sightings lately.  Buzzards get a bad rap, but I think they're both beautiful and amazing.

One I saw was actually more of a big chicken...it flew to a pole, perched at the top, and when the tiniest little bird flew at him, apparently saying, "Hey, dude, that's my turf!" that HUGE buzzard flew right off, its tail as between its legs as best a buzzard can manage.  Have to say, as a small chick myself, this scene rather rocked in a tough little chick kind of way.

Another less-of-a-chicken buzzard was standing in the street, picking at a recently deceased squirrel.  He looked right at me and clearly let me know that I would be driving around him and his meal.  I generally like to follow directions, do drive around I did.  Course I parked so I could sit and admire this amazing fella.  Another car approached and my new scavenging friend rolled his eyes, picked up that squirrel, and took it to the nearest driveway to enjoy his meal in peace. 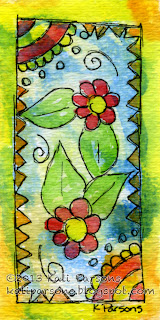