Finally took my boots in to be repaired.  Two things had to happen to get me to the point where I was willing to do it.

1. The cold season had to be officially over.

2. I had to have a reason to have them fixed.


It's been months since I first threatened to get them repaired, but turns out I was boot-fix phobic.  I was scared, plain and simple.  What if...it cost a fortune? ...they shined them up?  I like 'em scuffy!  ...it took weeks and weeks to get it done?  What if...what if?!?!

Well, turned out it was $10 total to have both boots repaired.  They did not shine them up.  The boots were ready twenty-four hours after I dropped the off.


What should I have been phobic about?  The one minute phone conversation I had with Dave about my boot repair where he kept repeating back what I was excitedly conveying by saying "boob repair".  You know, boob repair was only $10, boob repair involved restitching, you know....  And then he had to explain the joke because I never once understood him to be saying "boob" instead of "boot".  Poor guy. 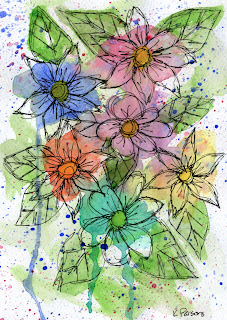