Driving to Gamestop today with my little guy.  He was clutching his gift card and he had a plan.

Me:  "Is it a game with flowers, butterflies, and puppies?"

Little guy:  "No," whilst giving me some serious stink eye.


So, we go in the store and he finds the game he wanted (he was looking everywhere until I let him in on the secret that all the games were in alphabetical order).  He went to the register and the guy checking him out asks me if it's OK for my little guy to get a "mature" game.


Me:  "What?  He said it was a game about flowers, butterflies, and puppies."  I had to say it...I couldn't help myself.

Checker dude:  "No puppies, but there's weapons in it that shoot a live octopus at targets."

Me:  "Ew, not nice.  No, that doesn't count as flowers, butterflies, and puppies, but yes, he can get the game."


Points in my kid's mind for me being the cool mom that let him get the game.

Strikes in my own mind for allowing further corruption of my little guy's flower/butterfly/puppy-lovin' tendencies.  Sigh.... 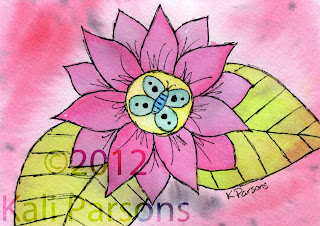