Down Yonder in the Briar Patch

Kids have hobbies or activities.  Those things guide much of the family's time.  It's all good stuff, but whew!  Our house?  Well...we've got karate, band, soccer, football, track, and rocketry.  Now, a lot of those the school takes on the brunt of the effort (thank you very much!), but karate and rocketry are all family stuff.  And, thankfully, my dad does the bulk of the rocketry.  Except, that is, for the retrieval part of launches.

Today Dave, the little guy, and I stomped around farm country looking for a rocket that the little dude had launched beautifully, its parachute deployed right on time, and then it proceeded to float in the wind far beyond the dreaded thicket (thankfully!).  Armed with GPS coordinates (well, at least coordinates from a bit before it actually touched down) we headed out over the river and through the woods, or at least through the fields and through a bunch more fields.  Did we think to bring our tennies?  Yes, we did.  Did we think to wear jeans on a 100° day?  Nope, sure didn't.  So, are you wondering what crop was planted?  I'll tell ya.  It was maize.  And is maize all soft and sweet?  Well, perhaps it is at some point.  But today's maize was a mix of new growth and old chopped plants.  And, let me tell you, old chopped maize plants are basically half inch diameter broken toothpicks sticking up at odd angles about shin high.

"Ouch!  Ooph!  Dang it!  Rackafratz!"  on and on and on through what I think would be better named The Briar Patch!

But, by golly, we found that rocket!  Took way over an hour of searching, at least a hundred nicks and scratches on my lower legs (and on Dave's and Nicholas').  As we were driving home reflecting on the day's adventure, we all decided that it was a fabulous day!  But, you know what I think I earned?  I think I earned the title of "Rocketeer Mom".  Surely there's a bumper sticker to go with that. 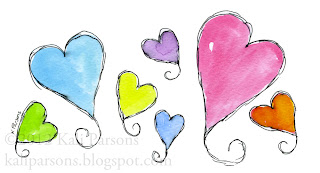 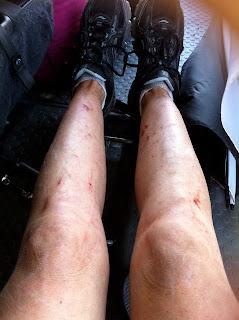 I know, I know...I should be posting a photo of my little guy with his rocket.
But, no, I'm going for the "See how Awesome a Mom I am?" shot instead.

"Liking" my blog on facebook is SO MUCH BETTER
than a poke with a sharp stick!!!