As a rule, I hate the mall.  Yes, the crowds do drive me nuts a bit, but I can handle that.  Yes, the slap-you-in-the-face consumerism is a little bit unnerving, but, again, I can work through it.  For me, it's the fact that I have no internal navigation system, and that I'm utterly and completely lost the entire time, that makes me despise the experience.  But, today I found the perfect solution!

Yes, I dragged my kid and a friend of his to the mall.  Now, of course I had to agree that we would not hang out together while in the mall.  I was good with that.  Secret is, I didn't really want to hang out with them either.


So, here's the deal I arranged with them:

1. They had to get me to the door of Zumiez...my first stop...so I could buy a new helmet (the little guy absconded with mine recently when he discovered that he liked mine better than his own).

2. They would go do their own thing until I contacted them after I finished doing whatever other shopping I wanted to do.

3. They would help me remember where I parked the car.


This was win-win for all of us!  They had $10 to go spend on pretzels, soda, or anything else they wanted.  They had mom-free freedom for a couple of hours.


So, here's what actually happened:

1. They got me to the door of Zumiez.

2. I meandered around the mall (independently!) doing whatever shopping I wanted to do.

3. Little guy called me at least five times to check on me.

4. They showed up where I was at least three times.


Yup, I think I've kind of decided I rather like going to the mall...with my entourage, of course. 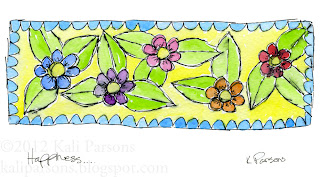 Thanks for "liking" my blog on facebook!!!
Posted by KALI PARSONS at Saturday, August 11, 2012