I'm writing what I suppose you could consider a P.S.A.  Yup, a Public Service Announcement.  I'm doing this so that no one will ever...EVER...make the same mistake I did this morning.

OK, so here's what started it all.  I'm about to return to work (I've got a lovely teaching gig), and every day, no matter what or how much I eat for breakfast, I'm starving by about 9:00 AM.  Lunch?  Well, it's later than that.  So, every year I try to come up with some solution to my hunger issue as there's no way I can teach and be hungry.  No way.  Last year my bright idea was a snack of hard boiled eggs (this after eating a rather large breakfast at home first).  I'd boil them at home, bring them to work, eat them just before the bell rang, and, frankly, I was good to go.  Until I realized that I made my classroom smell like a fart festival had occurred...every day.  I decided to veto the egg idea much to the happiness of coworkers and students alike.

So, this year I thought, smoothies!  Yeah, that'd work.  I could eat my normal big breakfast, make a smoothie at home, then sip on it during the first hour or so of school.  Problem solved!  Except it wasn't.  I made one last night as an experiment.  Fruit, yogurt, a little juice.  It was a snap.  Except for the fact that I got such a sugar rush off of it that I was a little shaky one third of the way through the drink.  I figured it was time for a little Google action.  I searched for homemade smoothie recipes that weren't made from powders and such.  I found a site!  I was so excited.  Course they mentioned using raw egg whites (the pasteurized form) as a great source of protein.  Bleck!  I simply cannot go there.  But another idea sounded just right.  In fact it was pretty much what I love to eat every day for breakfast, only in smoothie form.

This morning I went to work.  I put the following in the blender:

Well, you know what happened?  I used a bunch of yummy stuff and created a concoction that resembled vomit.  I'm talking visually and taste-wise.

I forced myself to drink some thinking, "Surely this will grow on me."  After drinking what I was sure was at least half of it, I looked in the glass and I had only made it go down about half an inch.  You know what I said then?  "I don't have to drink this!"

I poured it down the drain, apologized to the garbage disposal, and swished my mouth out pronto.

So, suggestions are welcome.  I'm not much of a fan of sweets, so the traditional smoothie or even powder mix isn't appealing to me.  Bring on the ideas, people! 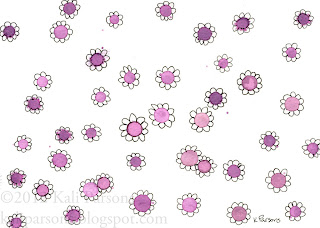