The student has surpassed the master...

...or at least the child has surpassed the parent.  And by parent, I mean me.  So tonight my big guy thought it was a great idea to ask his mom for help with math.  Now, I have to go ahead and say here that back in the day...WAY back in the day, as in over twenty-five years ago...math was pretty much my thing.  I remember actually doing unassigned math problems "just for fun"!

Well, it turns out it's true, "use it or lose it," and this chick has seriously failed to use it.  After thirty minutes of graphs, parabolas, translations, and on and on, I declared that I am here just for moral support (which is good, because I am able to rock at that).  So, I became his sounding board, someone he could explain things to and I'd let him know if it sounded logical to me or not.

I found myself looking over at him, fully aware that his brain was far more functional in this area than mine would likely every be again, and I rather loved it.

He found himself glancing over at me once in a while as I listened and slurped on a smoothie, pulling my straw out and sucking the contents from the bottom of the straw.


Yup, feeling like the goofy grown up I am...and knowing my kiddo loves me for it. 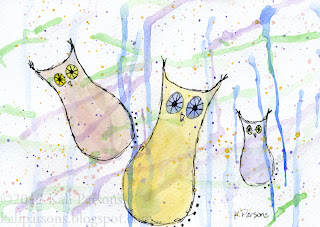 I'll hoot and holla if you "like" my blog on facebook!
Posted by KALI PARSONS at Monday, August 27, 2012