I went for a walk this morning in the neighborhood and found myself behind a mom and a little boy who must have been two-ish.  The mom was holding a big stuffed bunny and having it jump, jump, jump as they went along.  The little boy was riding one of those cool coasting bikes for little kids and he was jump, jump, jumping the bike and actually getting just a bit of air.  I see a trick bike in his future!  As they approached the stop sign the mom said, "Stop at the stop sign."

And, you know what I realized?  I still do that exact same thing with my fourteen and seventeen year old boys almost men.  I also put my arm out in front of them when we're in the car as I'm pulling to a stop...as if my tiny little arm would do anything to prevent their HUGE bodies from lurching forward.  It's simply one of those mom things that I cannot stop myself from doing.  My kids roll their eyes or give me the, "I knooooow, moooooooom."

But they get it.  I have to believe they do...they simply must know it's just one of the million ways I tell them I love them each and every day. 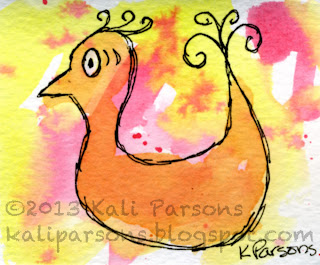