I had always suspected, but now I'm quite sure that my little guy is a human puppy.  After all, now I have a real puppy around so I can make some observations and collect data.

Here's what I have.  I'm quite sure you'll agree with my hypothesis.

• Little guy and the puppy both run with a HUGE bounce in their step when they're excited.

• Little guy and the puppy both have hair (for the puppy, it's mostly ears that are hair-covered) that bounces when they jump about.

• Little guy and the puppy are both very, very snuggly and will put up with a hug indefinitely if they're asleep and for about 30 seconds when they're awake...hugs always end with the hugee trying to escape from the hugger.

• Little guy and the puppy both like to pee in the back yard (sorry kid, I just outed you...and pretty much every other little guy in the world).

• Little guy and the puppy both have dreams about running and make the cutest little kicks and noises in their sleep.

• Little guy and the puppy both LOVE having their backs scratched.

• Little guy and the puppy both resist taking a bath and neither mind the way they smell without such measures in place.

• And last, and most important, little guy and the puppy both are just about the best friend anyone could ever have. 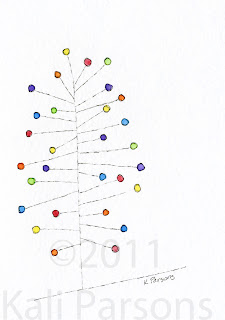 P.S. I'd write about my big guy more, but he has been VERY clear that I'm not allowed to or he'll get back at me somehow...though I've been known to toss in stories about him here and there.  I think it's worth the risk.  :-)

Ooh, and one more addition...the morning after I wrote this blog I found little guy asleep on the kitchen floor with the puppy, all snuggled up.  He had made a pallet so they could be together.  Love!