Up a Tree without a Paddle

You know how it is when you shoot a foam arrow up in a tree and it gets stuck so you use your shoe to knock it down?  Yeah, me neither.  And, yeah, my kid doesn't know this particular scenario either.  It's what could have been...what should have been...but not what happened.

So, here's how it went down.  Little dude was out back at grandpa's house shooting Nerf arrows with his cousin.  They were having a rockin' good time until he shot an arrow and it got caught in a big, tall tree.  I say to my dad, "I bet my kid is gonna use his shoe to get it down."  And, sure 'nuf, that's what he did.  Or at least that's what he tried to do.  He threw it a couple of times and then it got stuck in a tree, too.  A different tree, I must add, and not really very close to where the arrow was lodged.  Hmmmmmm...

Now it was time for me to pipe up my snarkiness again, "I bet he's going to throw his other shoe to get his stuck shoe down."  You see where this is going, right?  Soon there was an arrow AND two shoes stuck up in the canopies of my dad's trees.  Kudos to my kid for getting the second shoe stuck adjacent to the first shoe.  Have to give him credit this time for decent aim.  Oh, and did I mention that everything was stuck about 30 feet up?

Lucky for us, my brother's in town and he went outside to lend some expertise (or guess work, or something...he's a programmer and he creates an awesome haunted house every Halloween, so I was excited to see how all that worked into problem solving our dilemma).  Turned out all he needed was the telescoping loppers and the picnic table to stand on and he was in business.  It barely reached the base of the limb, but he did his best to force that branch to sway back and forth, back and forth.  I thought for sure he'd wipe out and fall off the table, but soon, amazingly, one stinky skateboarding shoe plummeted to the ground.  Wowza!!!  I was seriously in awe of my brother's mad skills.

Meanwhile, my dad, former physics professor and programmer and current rocketry enthusiast, zoomed in his scooter to the back of the house to retrieve some odd pieces of PVC pipe.  Ah...more tools to add to the equation!  This could only be a good thing!

Little guy and my brother took turns throwing the PVC pieces up, up, up.  SO many total fails, SO many near misses, and finally, triumphantly, the second shoe came tumbling down.  Woo hoo!!!!  And, right after, the foam arrow was knocked to the ground as well.  So what if they nearly knocked each other out with the falling PVC pipes; so what if small children had to duck for cover; so what if it nearly flew into the neighbor's yard; so what if there are now shards of PVC littering the yard?!?!  It was pure Parsons Family Fabulousness!!

(A video of a portion of this awesome event will be on my personal facebook page...check it out!) 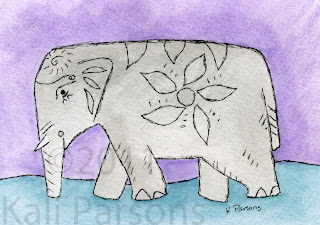