Mom Ideas Suck...there must be a rule about that or something.

This morning as soon as my little guy woke up I told him the exciting plans I had for the day.


Me:  "So, we're going to ride our bikes downtown this afternoon to see the awesome marching band thing we saw last year."


A little later this morning I mentioned to him again about how excited I was about it.

Little guy:  "What are you talking about?"

Me:  "The marching band thingie, we already talked about it this morning."

Little guy:  "No we didn't.  I have no idea what you're talking about."


Even later...when we were working on a snack before we were going to go.


Little guy:  "I've never been to this thing you're talking about."

Little guy:  "Why do you always make me go to things like this?"


I go outside to talk with some of my lovely neighbors and I'm walking back in as little dude runs out with his phone.  A friend had called wanting him to go do something with him later that afternoon.

Little guy:  "I can't," he tells his friend all defeated like.

He asks, his eyes brighten, and animation takes over his face.


Suddenly my plan for the day is awesome in my kid's eye.  I owe his friend a big high five (that's appropriate, this particular friend is totally into high fives). 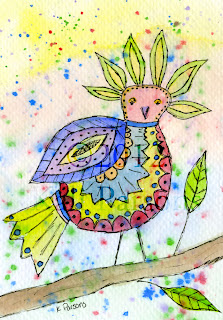