If I had a daughter, I'd surely play "tea party" with her...

When I was a kid my favorite book was by Fred Gwynne.  It was called The King who Rained.  It was published in 1970 and I'm sure it made it to a garage sale not long after that, and that's when it likely fell into this homophone lovin' kid.  There was a king on the cover of the book.  He was floating in the air, and that king was sure as heck "raining"!  Love it!  There was a frog in someone's throat, and someone who couldn't talk very loudly and was, in fact, "a little horse".  And don't even get me started with the hilarity of the dad who had a mole on his nose!  This stuff was seriously funny (and still is)!!!  I was also a HUGE admirer of Amelia Bedelia and her awesome adventures.  So, never bad talk her around me, I'm a big fan!

OK, so back to the whole lack of tea parties issue at my place and the problem/need it has burdened me with.  Well, given the fact that I love words that have two meanings, AND given the fact that I do have the sense of humor of a twelve-year-old boy, AND given the fact that I and all teachers in this town are just a tad bugger right now as there are only two days of school left, AND given the fact that I'm seriously tea party deprived...you must understand that I utterly and completely cracked myself up today when I dangled a used teabag in front of each of my sons faces, let it tap gently on their cheek, and said, "I just tea bagged you!!!!"  (Yes, I did run away...quickly!)  Yeah, you understand, right?  Right?  Uh-oh...I only hear crickets chirping. 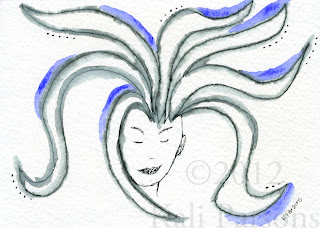