I have to tell you.  Sometimes there are days when I'm stumped, simply can't come up with something to write.  OK, more likely it's that awesome stuff has come up, but I've been told that the price would be high if I went public with it.  Geez...I'm a blogger, not a doctor, therapist or attorney.  Who ever said anything about client privilege here.  Jeepers!

Anyway, as I'll likely be hacked, or worse, if I spill my guts, I went to my list of possible ideas I keep for such times.  Thing is, most of these ideas are just like those awesome ones you come up with in the middle of the night, go to the trouble of writing down, and then wake in the morning only to think, "What the heck kind of wacky idea was that?!?!"

So, here's the idea I pulled from the list.  I'm using it right now, in this very blog, so that it will never surface again.

Suggested thought provoking idea:  "Picking up a little clod of mud that turns out to be a wee little dog turd...uncool!"


There ya go.  A glimpse into my secret little world of blogging.  Now, don't go and say you're unimpressed.  I'd just have to blog about you and call you a silly goose liar. 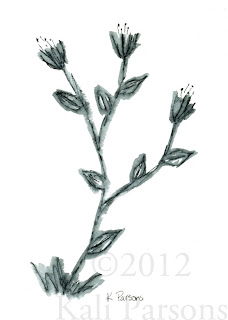