Hello, can you see me?

Went to a middle school football game tonight, and thank ya lordy, there was no pressure to watch the game because my kid was playing in the band tonight. Hooray for me! While I'm incapable of watching a football game for more than a second or two, I have super powers when it comes to watching the band play. Eyes on the musicians, foot tapping, saying "Hey!" during the "Hey Song", stomping at the right time during "We will Rock You". As I left the game I walked up to my kid to tell him we were leaving and he acted like I was wearing a clown hat and a shirt with his photo on it proclaiming myself to be his mom (a threat I've often made). He managed to totally disregard me, say "bye" under his breath as he waved me off, and rolled his eyes way beyond the top of his head. Yeah, next time I'm definitely going to wear an outfit that will make him notice me because clearly he didn't see me. 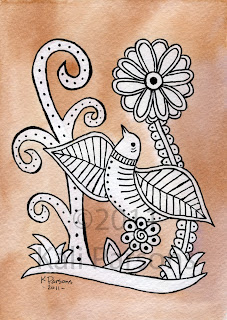