Way too often I've been accused of having a twelve-year-old boy's sense of humor.  It's true.  I do find bodily functions, both accidental and intentional, to be hilarious.  I love awkwardness and I've been known to laugh to the point of crying watching that Johnny Knoxville cable show, you know the one.

Today as I left work I ran full force into twelve-year-old boy humor.  As I walked my bike down the sidewalk I saw a kid dancing around the stop sign pole.  I got closer and I recognized him AND he's only wearing boxer shorts!  Two boys were sitting their skateboards laughing hysterically.  I knew one of them.  He's been to my house several times, and yes, he's twelve.

"Gee, did X lose a bet or something?" I asked.  You know, I figured why the heck NOT ask, right?

They jumped...pretty sure they weren't expecting anyone to walk by, much less a teacher at the school AND one of their friend's mom.

"Hmmmm..."  I had to keep walking.  Didn't want them to know how funny I found the whole situation.  I crossed paths with X as he walked toward his buds, still in his boxer shorts, carrying his clothes in one arm.

"Fine."  He flashed me a smile that definitely should've been more sheepish.

When I got home I relayed the afternoon's events to my little guy.

"Oh, yeah, they're always doing stuff like that.  You know [an anonymous convenience store] has that sign on their door that says NO SHIRT, NO SHOES, NO SERVICE?"  He was clearly gearing up to his "even better" story.

"Well, they wore their shoes and their shirts but went in wearing their boxer shorts."  Man, he was beaming with pride for his peeps.  "Not me, mom, I never did it," he quickly added.

Pretty sure I don't want him to know that I'd be beaming with a little pride myself if he had. 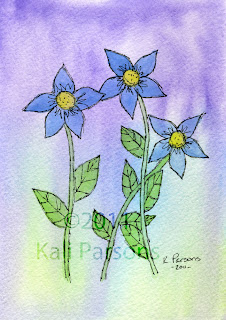