Really now, I have no right to complain. I can only blame myself, after all. I mean I was given a perfectly typical name by my parents, "Monique"...OK, yeah, not so typical. But, man, oh man, when I picked out my own nickname I had no idea how much of a challenge I was setting up for folks. I know, I know...collective groan as people think, "Oh, god, Kali's going to tell the "naming herself" story, AGAIN." No, I won't unless you contact me and really, really want to hear it. :-)

So, it's always been hard for Texans to pronounce my name correctly. Even right after I introduce myself, they Texanize it and suddenly my name rhymes with "alley". Huh? And now with "Callie" being a very popular name, hearing my name pronounced correctly is practically hopeless.

OK, I admit it, it's a pet peeve of mine. But, on a scale of one to ten, it's about a two. It really and truly doesn't bug me much. I used to correct everyone, but now I just figure it's an excuse to say, "Oh, I had no idea you were talking to me when you asked that that be done."

"So how do you say it correctly?" you ask.

Well, you can use my husband's trick (my fave!):
"Kali-Wally-Sis-Boom-Bali-Hot-Tamale" Notice all the helpful rhyming there.

Or, the tricks my elementary school buds used:
"Kali Flower" (you know, like the white veggie we all avoided as kids)
"Collie Dog" (wasn't my favorite at the time, but it's grown on me)
"Kali want a cracker?" (very nice, very piratey)

So, there ya go...easy breezy coconut squeezy! 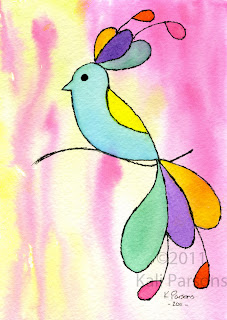