We were driving to Whole Foods to have dinner tonight and were in traffic beside someone who was waving a groupon printout to the passenger in the car. I was thinking, "Hey, cool, we're off to use one of our coupons, too!"

The man was also using sign language to say something to his passenger. We were in the left turn lane and our light turned red. He was in the lane going through the intersection and his light was green. He pulled up to the crosswalk and stopped. We heard a crash as a few cars back someone rear-ended the car in front of them. The fellow who was signing realized that the light was green and proceeded through the intersection. He had no idea of the set of events he may have just put into motion. Anyway, totally not his fault that someone got rear-ended...we all know we're responsible for keeping a safe distance behind the car in front of us, but it made me think of a couple of things. First, the small things that we do that, totally unbeknownst to us, have an effect on others. Second, the things that we simply don't notice...lights being green and not red, car ahead slowing down even though traffic should flow because there's a green light, and on and on.

I think it would be fascinating to track the trajectory of our actions, just to see where they lead and what becomes of them. I'm betting it'd be a lot like playing "Telephone" and the endings, positive, neutral, and negative, would surprise us all. 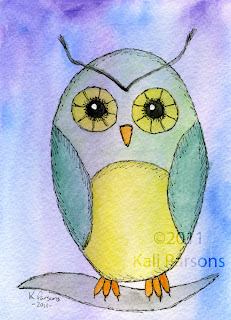